We propose you to discover resources (interviews, publications, etc.) around the theme of the exhibition «Homosexuals and lesbians in Nazi Europe».

The words of Jacques Fredj, director of the Shoah Memorial

HOMOSEXUALS AND LESBIANS IN NAZI EUROPE: FROM SHADOW TO LIGHT

The plight of homosexuals and lesbians during the Second World War has long been unknown, and largely ignored by the general public.

It is only in the last few years that major historical research has been published that makes it possible to know more. And it is the speech of Lionel Jospin in 2001 that allowed to initiate the start of an official recognition of homosexual deportation.

For this reason, the Holocaust Memorial, as a museum and the first European research centre on genocide, in 2021, to present to the public an exhibition on this theme that explains the policy and attitude of the Nazis against homosexuals in the framework of their racial theories

Five questions to Florence Tamagne, curator of the exhibition

Can you explain the reflection and the issues surrounding the title of the exhibition Homosexuals and lesbians in Nazi Europe?

The exhibition aims to report on the persecutions of homosexual persons under the Nazi regime. It seemed essential, even if homosexuals were particularly targeted, to shed light on the case of lesbians, who are often invisibilized, and to show that they too have been subjected to stigma, even if it is more specific. Moreover, it was necessary to recall that Germany was not the only country affected, but that these persecutions may have concerned, again to varying degrees, territories occupied or annexed by the Reich. The inclusion of the exhibition in the long time allows finally not to isolate the Nazi period as an incomprehensible parenthesis, but to show that it is part of a long history of repression of homosexuality.

How has the testimony of persecutions against homosexuals and lesbians since the Shoah been constructed in time?

In the aftermath of the war, few homosexuals testify to the fate of themselves under the Nazi regime, even if some witnesses, such as Eugen Kogon (L’État SS, 1946), mention the presence of pink triangles in the camps, and if homophilous magazines refer to them. It is because in Germany homosexuals are not only denied the status of “victims of Nazism”, but are still likely to be convicted under §175 of the penal code, which punishes sexual relations between men. It was not until the 1970s that the subject was openly debated, under the influence of gay and lesbian liberation movements. The testimony of Heinz Heger (1972), an Austrian pink triangle, dates, as later, in France, that of Pierre Seel (1994).

This exhibition is part of a long process of memory. What does it illustrate about the recognition of these singular stories?

The recognition was done in stages, first under the pressure of homosexual associations, which make the pink triangle a symbol of the LGBT struggles, in a process of reappropriation of the stigma, like Act Up for example. From the 1980s, scientific publications on the subject are more numerous and an institutional recognition begins, with monuments, plaques but also strong gestures, like the vote, in 2002, by the Bundestag, of the rehabilitation of men sentenced under §175 during the Nazi period, which opens the way to their compensation, often posthumous unfortunately.

What were the different forms of reaction to these persecutions?

For German homosexuals and lesbians, the arrival of Hitler in power resulted in a withdrawal into the private sphere, while their meeting places were closed, their newspapers banned and militant movements dissolved. Some chose exile or entered into white marriages, in the manner of Klaus and Erika Mann. A majority of lesbians escaped repression, provided they remained discreet and complied with current gender standards. The exhibition evokes certain exceptional journeys, such as that of the Jewish artist Gertrude Sandmann who escaped deportation in 1942 by simulating his suicide, and who survived thanks to the help of a communist family, then his lover.

What do you hope to learn or make visitors understand with this exhibition?

By showing the extent of the Nazi persecutions, but also the richness of the gay and lesbian subcultures that already existed at the beginning of the 20th century, the exhibition responds to an issue of memory. There is also a scientific issue, because we have to fight against the untruths that sometimes continue to circulate, for example on the French situation. Finally, there is an educational issue, because this story is still largely ignored by the general public and especially by the younger generations. The exhibition invites us to be vigilant, while the fight against LGBTphobias remains topical both nationally and globally. Hence the interest that this exhibition is held at the Holocaust Memorial which made the fight against the return of hatred one of its objectives. 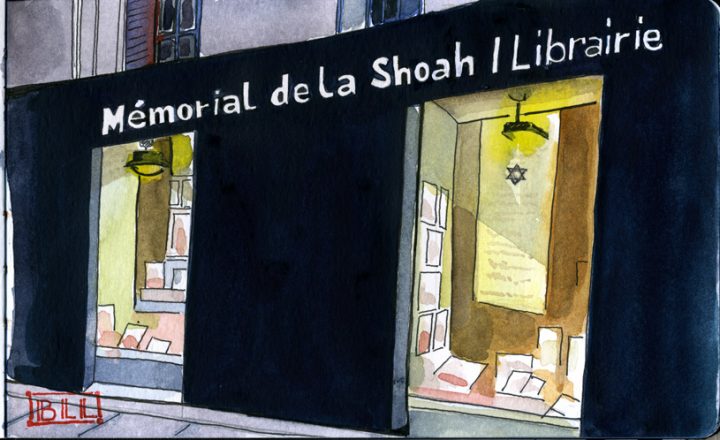 Discover the bibliography on the exhibition «Homosexuals and lesbians in Nazi Europe», by Florence Tamagne.

I discover the bibliography

Remember to consult the online bookshop of the Shoah Memorial or to ask for your books at the museum bookshop during your visit. Our booksellers will be happy to inform you and order the books you are looking for if necessary.